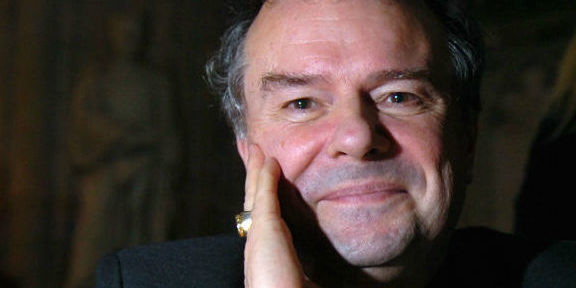 As General Synod prepares to meet, WATCH would like to pay a particular tribute to Bishop Michael Perham, who died on Easter Monday, as someone for whom an important part of his ministry, was his committed, whole-hearted and passionate support for a church which fully includes women in all orders of ministry and all aspects of the church’s life. This commitment was valued by many across the Church, and those who were members of Synod during the long slow passage of legislation to enable women to be appointed as bishops will have heard and valued his public contributions to debate, but this was only a part of what he contributed.

In 2011, when Michael became one of WATCH’s Vice Presidents he said:

“I have consistently experienced the ministry of women colleagues as a blessing to the Church and to me. I even have some experience of their episcopal ministry through the bishop of my partner diocese of El Camino Real in America. For reasons of theology, justice and mission I believe that it is really important that women should now be admitted to the episcopate…”

He put this commitment into practice in many ways, some publicly and some less visible, but no less significant for that.

Michael was involved in General Synod’s slow attempts to pass legislation to enable women to be appointed bishops for over 10 years. After the failure of the 2012 legislation he was one of the few bishops who truly recognized and gave voice to the depth of pain, anger and rejection experienced by women across the Church. His response was both pastoral and practical. Of particular significance was his suggestion that some senior women should attend House of Bishops’ meetings in future. It was agreed, so never again would the House of Bishops meet without women being present and able to speak.

Michael’s particular gift was his readiness and ability to cross the divide between the House of Bishops and the Houses of Laity and Clergy. He was a bishop who was trusted by his colleagues and he gave endless time for conversations with them, but was also always there at the end of a phone or email message to give wise, tempered advice, and a listening ear to WATCH members and others.

It was not only in General Synod that Michael’s support for women’s ministry was seen. His diocese became a place where his passionate belief that women were a gift and blessing to the church was put fully into practice, although he remained equally committed to giving time and care to those who disagreed with him. That Gloucester was the first diocese where a woman was appointed as a diocesan owes much to Michael having created a diocese where by 2014 the idea of a woman as bishop was seen as entirely normal and to be welcomed.

Many women were among those who travelled to his funeral on May 6th, as one said “witnessing to Michael’s care and support for us over many years.” With many others, we shall remember Michael as a wise friend, and passionate advocate for a church which includes all. We have a profound sense of gratitude for such a loyal, faithful, deeply believing man who gave so much to the Church and each of us.