Church of England Newspaper article, August 2019 – A Church For All 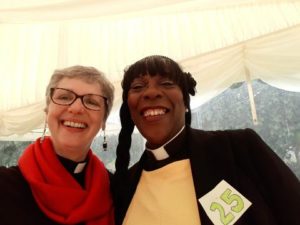 I am happy to be celebrating 25  years as a priest in the Church of England.In spite of it being a difficult, rocky path the Church has made commendable progress on women’s ministry. However the church can not rest on its laurels as much work remains to be done.

I began my ministry as a Church Army Evangelist, progressing through becoming a Deaconess, Deacon and then a Priest. Throughout  the years steps have been taken for women in the Church to flourish and grow, yet what has been done so far has been limited to being inoffensive to the entrenched established, by default holding many women back from their full potential. For all women in the church to truly flourish to their extent the Church  must end the long winter of it’s outmoded and obsolescent culture.

The issue of women and others in the Church demonstrates the Church’s lack of sufficient two way engagement with the people and it’s increasing estrangement from contemporary society, and has led to much disillusionment among younger generations of if not Christianity totally, then organised religion in general.

The people the Church professes to serve, need to be listened to, and to have their views aired and responded to sincerely if their spiritual pain is to be salved. To quote Sybil Phoenix ‘I should not have to work for acceptance. It should have been there naturally if the Church was what it professed to be…I am prepared to work for it with all its faults and all of mine.’Sybil was talking in an interview with Clarice Nelson, Time to Act Kairos 1992.

A further issue is that even when the Church takes steps to keep pace with society it falls into typical traps befalling many longstanding institutions. An example is the acute lack of BAME women in senior leadership positions in the Church in comparison to the white women, thus even when the Church is seen to embrace feminism it embraces feminism as it was 30 years ago not feminism on the eve of 2020.

Throughout my ministryI have encouraged  the participation of the laity, particularly  women in all aspects of Church life, in this it is good to see there are 3  Estate Commissioners who are women.

The first Black female Bishop is to be appointed. This is wonderful news. I hope that we do not have to wait even five years for the next BAME women Bishops noting it took twenty years between singular appointments of Black Male Bishops.

The Church must evolve if it is to remain relevant in the 21st Century. The institutional inertia is akin to poison to the Church’s spiritual mission. Our work is to witness to the community, worship proclaim, serve and daily living. The Church’s task is to be true to the message of the Christian faith, for prayerful reflection on practice. The Church should be a community of faith where the life of Christ is embodied as a light in these dark times in the world, not a symbol of the status quo order that threatens to strangle humanity in its cradle. 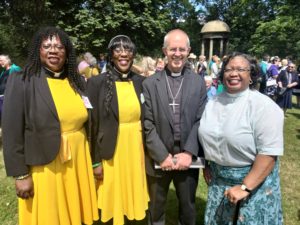 The Church of England must decide whether it’s mission is to strive to embody Christianity’s teachings and bring about a more just world, or be mere cogs in a creaking and rusting wheel.