A Report on the Developments in Women’s Ministry in 2018 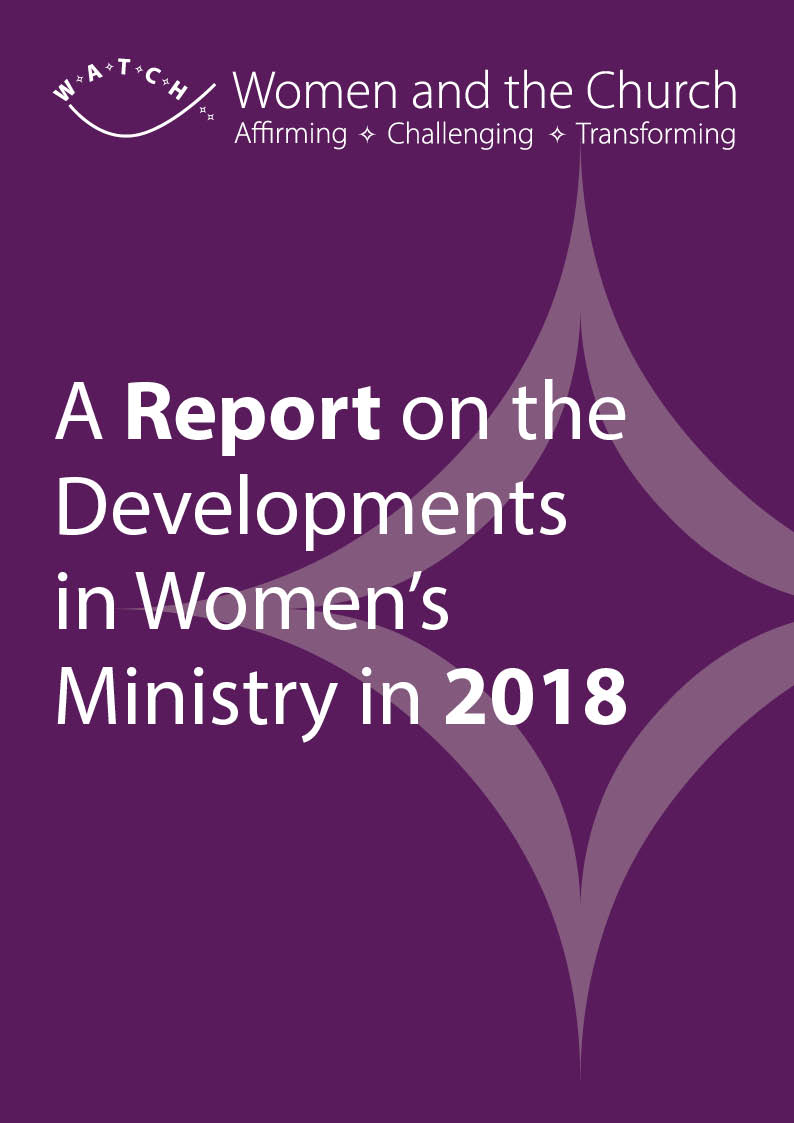 Ordained ministry is not the only way that anyone, male or female, serves the church. Most of those who offer ministries of many kinds are not counted in any way. However, WATCH considers that it is valuable to get an overview of those who have particular responsibilities in diocese and the national church, and this year we would like to draw attention to The Church Commissioners.

This group is rarely noticed publicly, but the skills and decisions of its members are vital to the funding of nearly all that the Church of England is able to do. Some are elected by General Synod, some are appointed by the Archbishop or the Crown.

Currently, the three most senior Church Commissioners are women:

In this table we try to give an overview of the extent to which women are visible and involved in a diocese.

NB Proportions of clergy is not the same as actual numbers of clergy.

Diocese in rank order for proportion of women stipendiary incumbents

This table compares numbers of senior women clergy in diocese. It splits the data into those who normally relate to parishes and the whole diocese (archdeacons and bishops) and those whose ministry is cathedral based (Deans and residential canons). These senior clergy will be involved in strategic planning and decisions in a diocese, and it is known that the more varied a group is, the more likely it is to make better decisions. Visibility and role models are also significant issues. For example, do visitors see a ministry that includes men and women if they visit a cathedral?

The age and gender pattern among licensed Readers is very similar to the pattern seen among clergy, particularly SSM clergy. In the youngest age group (under 40), which is also the group with the smallest numbers, men outnumber women. In all other age groups, women outnumber men. The pattern of local parish ministry is that of volunteers maintaining local ministry, and a majority being women over 40.

They are a key role in any diocese. At the end of 2018, 13 Diocesan Secretaries were women and 24 were men (some dioceses have vacancies).

The gender balance of Chairs of the Houses of Clergy is evenly split: 21 are men and 21 are women. The Houses of Laity have elected 13 women and 28 men to this role.

Acknowledgements and sources of data

We would like to acknowledge the work done by the research and statistics department of Church House.

Figures of ordained clergy and LLMs, and information on ages and gender of ordinands, are taken from data published by the Church of England in August 2018 (referring to data from 2017).

Information on senior clergy taken from Ministry Statistics for 2017 but updated where possible from diocesan websites Dec 2018.