All members of WATCH are invited to vote for the next Chair. The voting papers and details of candidates can seen or downloaded below. Votes can be sent in by post [members should have received ballot papers, if you have not then please contact our administrator], or made at the WATCH AGM where there will be a chance to meet the candidates and hear them speak.

The AGM will be held at St John’s Church, Waterloo Road, London, SE1 8TY
Saturday 23 November, coffee from 10.30 am, AGM starts at 11am finishing at 4pm 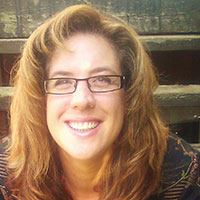 I feel a strong calling to serve WATCH, its aims and objectives. I am passionate about the issue of women’s equality within the Church and am energised by what WATCH is working to achieve. As Chair I would campaign not only for women in the episcopate, but to broaden and grow the membership, the status and the influence of the organisation within the wider Church.

As a new member of the WATCH national committee I would bring a fresh perspective and approach to the challenges facing us, whilst building on the outstanding work already achieved by so many. It was the shock and disappointment of the November 2012 Synod vote that drew me closer to WATCH and underlined the importance of continued organisation and campaigning. I am hugely grateful to the members of the committee, who have already placed their trust in me to lead the team delivering our communications. My decision to stand as Chair has come about thanks to active encouragement from committee members.

Although our objectives remain constant, the dynamics of the campaign have shifted over time. Whilst valuing and working with our existing supporters, I believe it is also important to focus on widening and growing that supporter base so that we can be popular, active and effective at every level within the Church.

I have political and campaigning experience through my work in parliament for an MP, herself also a strong advocate for women’s equality. I am familiar with the politics of the church and the gender issues facing women, lay and ordained, today and into the future. I could bring my political knowledge to the Women in the Episcopate campaign in particular; the Church has agreed the principle, now it comes down to the politics. I have a good working knowledge of Synodical processes, am a member of Deanery Synod and intend to stand for General Synod.

As Chair of WATCH I would prioritise three areas. First amongst these is delivering legislation for women in the Episcopate. Simple legislation delivered quickly and free of compromise is essential. Supporting the first pioneer women bishops in their early ministry will be crucial, as will pressing for a speedy time frame for the admission of the first female diocesan bishop to sit in Parliament amongst the Lords Spiritual. I would also be keen to work towards more inclusive liturgy to accommodate and support these changes. Secondly, as part of a strategy for growth I would work for a more visible WATCH presence in every diocese, deanery and parish by the end of my three year term. Lastly, I would want to continue with the Transformations work WATCH has been involved with, helping to re-imagine the church and its ministry with and to women. Though the women bishops debate is now rightly front and centre, we need to focus with equal vigour on the long-term aims and objectives of WATCH to ensure we continue to engage and inspire future generations.

I believe that social media is an incredible but relatively untapped resource for WATCH, and I want to utilise it to raise our profile and message. I also want to build on my work with the Communications Task Force to enhance our profile in the print and broadcast media. Examples of articles and interviews I have given can be found at faithinfeminism.com and on this site here.

I am not seeking to become Chair of WATCH because I have all the answers. If elected I would seek to harness all the experience, talent and passion of those on the committee and the wider membership. As Chair I would also be keen to employ administrative support to assist myself and the committee.

My current paid employment, where I have been since 2011, is part time as the editor of a monthly publication, for which I also write news stories and occasionally editorials. I am highly organised, self motivated and friendly with a good sense of humour.

I am married with three children and we live in London. I am a member of the Mothers’ Union, walk dogs for the Cinnamon Trust and am a big fan of The West Wing. 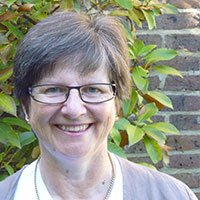 I want WATCH to continue to be a vibrant, inspiring and serious- thinking organisation. We need to be both engaged in the life of the Church of England and drawing the Church into new ways that recognise, value and release women’s gifts and wisdom, for the good of all.

I know WATCH well. A founder member in 1996, I joined the national Committee in 2002 and have spent two periods as Vice-Chair, to the two previous Chairs. WATCH Guildford was launched in 2002, and since then I have experienced the considerable ups and downs of trying to engage local people in WATCH. I was the WATCH national campaign coordinator for women in the episcopate from 2010-2012, during which the terrific campaigning team saw off the Archbishops’ amendment, saw 42 out of 44 Dioceses support the legislative proposals, and reined in the Bishops’ amendment 5.1.(c). After that I took a year off!

Professionally, I develop leaders – women and men – through training, coaching and facilitation. My background is in the civil service, starting as a mathematician and researcher on trends in global sea level. I live in Guildford in Surrey, come originally from Cheshire, am married to Robert who is Rector of Holy Trinity and St Mary’s, have two adult children who have just flown the nest, and find rest in singing, knitting, reading novels and bird-watching.

Women are not yet bishops, but they may well be during the next three years. As WATCH begins to think ‘what next?’ I would want to engage the thinking of the Committee, the membership, the Vice-Presidents, and our sister organisations to work out the next steps in creating a woman-welcoming church. My own wish for WATCH would be in offering spaces where the riches of feminist theology and wider wisdom can be shared, and women’s experience honoured.

Under the three WATCH headings, my aims would include:

Affirming – contributing fully to the work of the Transformations Group, which, with Ministry Division, is in the process of looking at the systemic difficulties for female clergy and working for change. WATCH also needs to work closely with DARC (the senior women’s network) and NADAWM to support the eight senior women who will attend the House of Bishops from its December meeting, and continue to urge sometimes diffident but very capable women to apply for senior posts.

Campaigning – there is work still to be done to get legislation for women to be bishops concluded. The ‘package’ is not yet fully decided, though it looks a far simpler and less awkward one than last November’s. I would want to ensure that the General Synod Task Force would continue its detailed and determined work to ensure the best possible result for the future of the whole Church of England. The House of Laity is not representative of the wider Church of England, and work needs to be done to change that at the next General Synod elections – wherever we have reached in the progress towards women being bishops.

Transforming – given that the majority of those attending Church are laywomen, it is time that WATCH paid renewed attention to them. Liturgy, language and church culture all need transforming if lay women are to be sustained in a historically patriarchal church: WATCH needs to take a lead in this. And, lay people reach the places that clergy cannot reach – where God is usually already at work: I would relish seeing how WATCH can inspire and affirm laywomen in their leadership outside and inside the church. 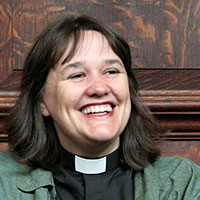 At the WATCH service in Birmingham last year, two statements in particular have stayed with me. One was from Bishop Michael and his challenge to job candidates who said that they ‘didn’t have a problem with women in ministry.’ As he said, that is an insufficient response. Women are not a problem, but a gift to the church. Like many I long for a day when I will simply be a priest and a Bishop will

simply be a Bishop – whether male or female. WATCH has played a vital role in campaigning for a legislation which treats women not as a problem, but as those called like men to serve God’s church. WATCH will continue to have an important role in scrutinising, and where appropriate, challenging the current legislation. It will also have a crucial role to play in ensuring that when legislation is passed issues around gender are not silenced because ‘the problem’ is assumed to be solved.

The second was a challenge from Nicola Slee about the valuing of lay women. As women over the last 20 years have found their place in the ranks of clergy, have they simply joined the clerical club rather than looked at ways of transforming it? At Greenbelt this summer, I sat in the Big Top listening to women of different ages and backgrounds trying to make sense of their faith and the questions of feminism. Most felt that these issues were ignored in the churches where they worshipped. Questions of work-life balance, parenthood, wider family commitments, deployment and collaborative patterns of ministry can all impact on women in ways that are different to men. Where do people turn to for the resources – theological, liturgical and practical – to help them challenge outdated attitudes to gender, and share transforming patterns of good practice? I believe that WATCH has an important role to play in such resourcing.

Over the last 24 years I have served in parish and secular ministry, including 7 years as a vicar in the suburbs of Sheffield. I currently work as a chaplain in an Oxford college which has enabled me to give some of my time to research and writing about the ministry of the church and issues of gender. This work resulted in a PhD and in two forthcoming books. I have had many opportunities to talk at conferences and study days. I am one half of a clergy couple, and have two sons of 20 and 17.

The combination of experience in ministry and the opportunity to reflect academically and practically on that experience means that I have a breadth of knowledge to bring to the role of chair of WATCH. I am a confident speaker and writer with an ability to explore theological ideas in practical and accessible language. I have experience of working in the church and the academy in positions of responsibility, and have a good track record of working collaboratively. If I am not considered the right person to be chair then I would still like to offer myself as a committee member. This organisation and the wider church which it serves needs theologically grounded creative thinking to ensure that women are not continuously narrated as a problem for the church, but understood as a transforming gift. I would like to play my part in working for a church which values difference; not through creating safe spaces to maintain intransigent positions of opposition – but by fostering, through practice and education, collaborative patterns of inclusive ministry.