The trustees of WATCH welcome Emma’s return to the role of Chair.

WATCH is deeply saddened by the announcement that the two new Bishops in Chichester diocese, the Bishops of Horsham and Lewes, will not be consecrated together in one service by the Archbishop of Canterbury. Had there been a joint consecration, even with some special arrangements, there would have been a clear witness to the stated aim of the fullest possible communion which is central to  mutual flourishing in the Five Guiding Principles.

It is still not clear whether the Archbishop of Canterbury will consecrate Ruth Bushyager as the Bishop of Horsham. For him not to consecrate any of these new bishops in his province has serious ecclesiological implications.

We are told by Forward in Faith that these special arrangements have been made so that The Revd Prebendary William Hazelwood can ‘experience the sacramental assurance and the joy of full communion with the bishops who ordain them.’ Apparently this rules out the Archbishop of Canterbury. The new Bishop of Lewes will not be in full communion with his Archbishop because he has ordained women as priests and bishops. This looks like a theology of taint. Although we are repeatedly told that Forward in Faith does not adhere to a theology of taint, this is exactly what the rejection of consecration by the Archbishop or any other (male) bishop who has ordained women looks like. It is, we are told a theology of impaired communion and any Bishop or Archbishop can restore the communion with society priests and bishops by repenting of their support of women’s ministry. However this arrangement  is defined, it sustains an argument that simply to lay hands on a woman to ordain her puts you outside the sacramental assurance that Prebendary William chooses to experience.

Yet again women are meant to accept this public statement about the Church of England’s ambiguous attitude to their ministry. The first and second guiding principles make it clear that the Church is non-discriminatory in terms of gender and that it has made up its mind about the full acceptance of the sacramental ministry of women. Once again, it would seem that even our Archbishops are tainted through their affirmation of women’s ministry. No wonder we are struggling to attract younger women into ordained ministry. No wonder so many women within the church describe the Five Guiding Principles and the term mutual flourishing as an open wound.

Of course, we pray that  The Rev Ruth Bushyagar and Prebendary William Hazelwood will have fruitful ministries in the diocese of Chichester and wish them both joy in their new roles. Yet, we find it tragic for them and the Church of England that even in their consecration, mutual avoidance has won out over mutual flourishing. 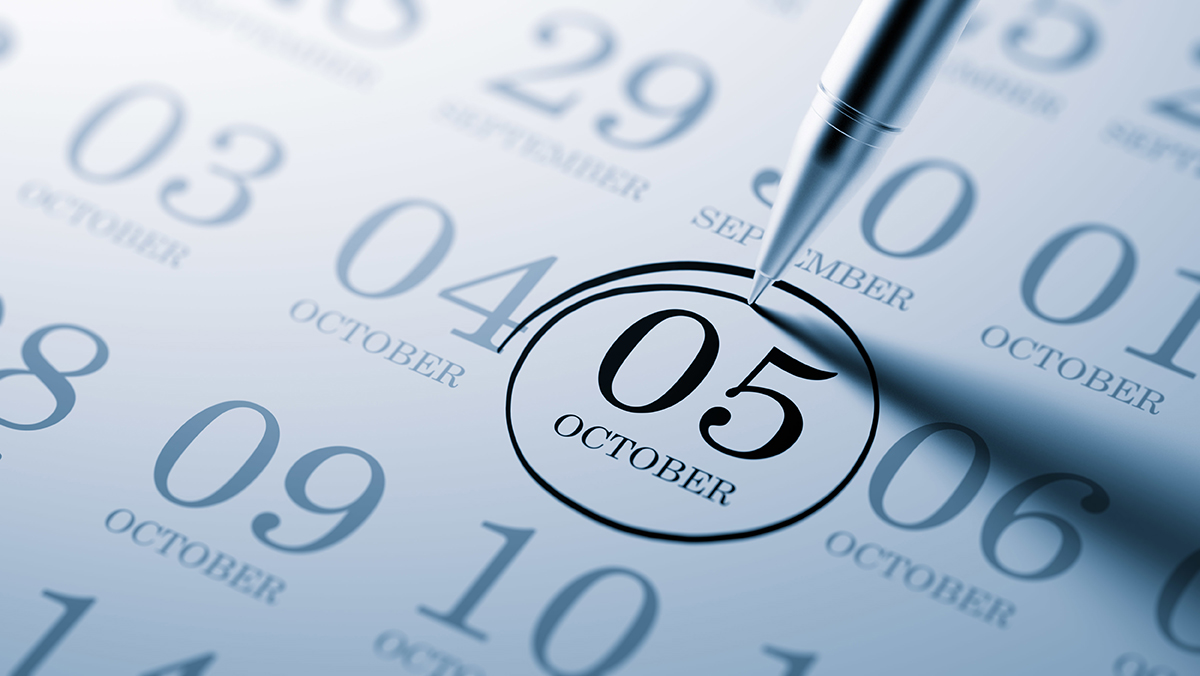 We have decided to move the date of our AGM this year, as many members told us that the late November date clashed with their Diocesan Synods. We will hold the AGM on 5th October. Our speaker will be the First Church Estates Commissioner, Loretta Minghella, while Bishop Anne Hollinghurst will preside at the Eucharist.

History will be made today as the first female Lord Spiritual takes her place on the Bishops’ Benches in the House of Lords.

The Rt Rev Rachel Treweek, Bishop of Gloucester, will be introduced in the House of Lords this afternoon. Following the Lords Spiritual (Women) Bill which passed earlier this year, Bishop Rachel joins the other 25 Lords Spiritual following the retirement of the Bishop of Leicester in July.

Women first entered the House of Lords in 1958 but since then the Lords Spiritual Benches have been the only part of Parliament reserved for men, so this is long overdue.

WATCH Chair Hilary Cotton said, “At long last we have achieved “votes for women bishops”. Bishop Rachel will make an impact in the House of Lords merely by having a female voice speaking as a Bishop. But more importantly, all the Bishops in the House of Lords can now speak with credibility about gender issues. WATCH looks forward to Bishops speaking up loud and clear whenever women continue to be discriminated against unfairly.”

“I hope our debate has sent a message to the 4,200 ordained women that we greatly value what they do. The Church of England needs to embrace the gifts that men and women bring”,Caroline Spelman MP for Meriden.
WATCH congratulates Caroline Spelman MP and other Members of Parliament for taking part in the Westminster Hall debate on the role of ordained women in the Church of England over the past 20 years. Ordained women across the country will be affirmed to hear the many appreciative comments made on their contribution within Church and Society that has ensured that the priestly role has become “Transformational”. We hope all ordained women will welcome the recognition given in the debate that their work and ministry now seen as, “a valued, valuable and wonderful part of church life”. WATCH also concurs with the comment that much still needs to be done to ensure that the glass ceiling does not remain in place.
In the debate hope was expressed that the proposed legislation coming before the General Synod in July will go through. We welcome the assurance given by the Second Estates Commissioner, Sir Tony Baldry, that all efforts will be made for the Measure to be fully properly considered, approved and passed into law well before Christmas. Sir Tony also offered the hope that we will see the first women bishops consecrated shortly thereafter.
We appreciated his reading from the New Testament showing the loyalty of the women who stood witness to Christ’s crucifixion, and how Mary Magdalene was the one sent to the disciples to tell of his resurrection. In this context, we welcome and fully endorse his comment that the last 20 years have demonstrated that women priests are well able to proclaim the risen Christ throughout the land. By their ministry they have made and continue to make an enormous contribution to the life of the Church, community and country.
WATCH welcomes the appreciation of its long years of campaigning work, together with those supporters in Deanery, Diocesan and General Synods who wish to see women enter the Episcopate.
We concur with the commendation of The Archbishop of Canterbury for the “urgent and effective manner” in which he has worked for the new legislation since his appointment.
Sally Barnes coordinator of the WATCH Parliamentary Task Force said,
“WATCH would like to thank those Members of Parliament who took part in this debate for the many affirming comments made from their personal contacts with ordained women. We are all heartened to know that after so long the value and worth of their vocations have been so emphatically recognised, along with their spiritual, pastoral insights and gifts. We look forward to the same recognition being given to those women who will be appointed as bishops and to the time when the Church of England will have finally broken the stained glass ceiling of discrimination. Then we, with so many others, will rejoice fully.”
Contact:
Hilary Cotton: Chair of Women and the Church WATCH
07793 817 058
Sally Barnes: Coordinator WATCH Parliamentary Task Force
020 8731 9860 or 07759 343 335

At the WATCH Annual General Meeting on Saturday 24th November, following an open election between three excellent candidates, Hilary Cotton was elected as the organisation’s new Chair for the next three years. One of the founder members of WATCH in 1996, Hilary co-ordinated the WATCH campaign for women to be bishops from 2010-2012 and has previously been a Vice-Chair. She will combine her Chairing role with her work as a leadership and team-working consultant in the public sector.

The outgoing Chair Rachel Weir was warmly thanked for the bold and committed leadership she had shown during her three years in office. She was presented with a purple stole embroidered with silver crosses and the WATCH logo.

In her election address, Hilary looked beyond the immediate task of campaigning for women bishops to remind the meeting of WATCH’s broader concern for all women in the church, both lay and ordained: ‘I want WATCH to continue to be a vibrant, inspiring and serious-thinking organisation. We need to be both engaged in the life of the Church of England and drawing the Church into new ways that recognise, value and release women’s gifts and wisdom, for the good of all.’

WATCH warmly congratulates The Revd Dr Helen-Ann Hartley on her appointment as Bishop of Waikato, New Zealand. Helen-Ann will be the first woman ordained in the Church of England to be elected to serve as a Bishop.

Bishop Michael Perham, a Vice President of WATCH, said that Helen-Ann’s appointment comes “as welcome news to all those who desire to see the ministry of women as Bishops accepted across the Anglican church”, adding that, “her appointment will be a great encouragement to those who yearn for the opening of the Episcopate to women in the Church of England.”

Helen-Ann had been teaching at Ripon College Cuddesdon until 2011 when she was called to serve as Dean of St John’s Theological College in Auckland. She is herself a Pauline scholar. For more information, click here.

The Anglican Archbishops of Melbourne and Brisbane have today announced that a Melbourne priest has been selected to lead the Southern Region of the Diocese of Brisbane as Queensland’s first woman bishop.

The Venerable Alison Taylor, Melbourne’s Archdeacon for International Partnerships and Vicar of St John’s Anglican Church Camberwell, has been appointed to fill the role when the current Bishop, the Right Reverend Geoff Smith, takes on the role of General Manager of the Brisbane Diocese early next year.

Great news for the Diocese of Brisbane!

The Transformations Steering Group was invited by Archbishop Rowan to make a presentation to the College of Bishops at their meeting in Oxford on 11th September 2012. The presentation was very warmly received. The text and slides  are now available on the Resources page of this website. The Transformation Steering Group hopes that, in conversation with the bishops, work on this important agenda will continue and contribute towards the flourishing of the life of the whole Church.

What do ordinary people think about the House of Bishops’ amendment to Clause 5?

The House of Bishops has changed the legislation that will allow women to be bishops, senior clergywomen have expressed their concern, but what do the rest of us think?

WATCH has had responses from many, many people – lay and ordained – all wanting to have their views heard. So we are asking people to sign a petition asking the bishops to withdraw Clause 5.1c

Our hope is that General Synod will refer the Measure back to the House of Bishops in July, and that they will then withdraw this amendment.

To sign the petition please follow the link on the widget in the side bar of the main page, or go directly here.  It is very quick and easy!

You will be offered the chance to make a comment about why you are signing. It would be very helpful for us if you could also indicate in that box your relationship to the CofE.

We are keen to encourage anyone who is concerned about the future of the Established Church to sign this petition, whether or not they are church-goers. Please spread the word as best as you know how, word-of-mouth, email, facebook, twitter.