The Teenage Prayer Experiment Notebook by Miranda and Noah Threlfall-Holmes, published by SPCK.

This excellent book is quite unlike any other book on prayer I have come across. The design of the cover makes it inviting to pick up and flick through to see what it is about. The contents are laid out in such a way that the reader becomes engaged from the start (I have found).  Each of its sections have the advantage of being short, directly encouraging the reader to take part in and reflect on the wide variety of activities that Miranda , Noah and others tried out, to find the most effective ways of praying for each of them.

The beauty of this book is that it does exactly what it says on the cover- it is experimental and totally non-didactic.  It encourages thought without being told or corrected towards an adult led, “right way” of praying. It releases and encourages the participant to think and try-out for her/himself. There is no “wrong answer”.  The feedback provided by those who took part shows that there is no one way for everyone.  Each section has an explanation that sets the scene for the experiment, followed by the experiment itself with questions to help the experimenter review and feedback what s/he feels.  The feedback provided throughout the book shows the enthusiasm of those who tried out the experiments and what worked for them with their additional ideas for development.

Let no-one say that teenagers do not ponder deeply about serious things when they have the opportunity and their responses are taken seriously.  I loved, for example,   the idea of a home-made prayer tent and the use of a table-top felt-made labyrinth for those who are interested in the idea of labyrinthine prayer.    I would also suggest the scope of the book goes far beyond the audience for whom it is intended.  It would be helpful for adults who feel they are stuck in one mode of prayer that is unhelpful and blocking their reflections. I thoroughly recommend this book for our children, grandchildren, students in church groups, schools, clubs, godchildren, as a confirmation gift and, actually, adults who would welcome thinking more widely and adventurously about how to pray.

The Book of Uncommon Prayer: Liturgies and Prayers Exploring Inclusive Language and Biblical Imagery of the Feminine Divine and the Natural World by Annie Stepenhall, published by Kevin Mayhew.

Woven together are natural and biblical imagery and the traditions of liturgical prayer, to resource us in relating to creation, God and one another in deep, dynamic and relevant ways.

Annie Heppenstall is a qualified teacher and has a degree in Theology and Religious Studies from Cambridge University. She has spent the last four years practising a contemplative lifestyle, giving time to her family, to her writing and other creative expressions of spirituality as well as training in spiritual direction and counselling skills.

Man-Made: Why So Few Women Are in Positions of Power by Eva Tutchell and John Edmonds, published by Ashgate.

Why are so few women in positions of power? Why are government, business, the institutions and so much of British life dominated by men?

Eva Tutchell and John Edmonds find the answers by interviewing over a hundred successful women and discovering what it takes for a woman to get to the top. The statistics are startling. Britain is an 80/20 nation: 80 per cent of the most powerful jobs are occupied by men and only 20 per cent by women. Tutchell and Edmonds uncover the cultural and historical reasons for this extraordinary imbalance of power. Their book is entitled Man-Made because men have made the rules and women must do their best to fit in.

In spite of its claim to be a modern nation, Britain is conditioned by a legacy that views men as doers and leaders and expects women to be helpers and supporters. Many men still judge women more by their appearance than by their ability.

Most shocking of all, Man-Made reveals that the birth of children pushes the careers of most women into crisis. Mothers are paid less and promoted less. Ambitious women are tempted to make their children ‘invisible’ to employers.Man-Made provides a rigorous and convincing analysis of the inadequacy of current policy and proposes a more thoroughgoing programme to achieve fairness and equality. Tutchell and Edmonds speculate about whether a new generation of female activists can produce the political pressure to change the culture of Britain. 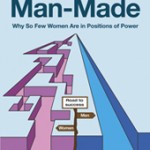 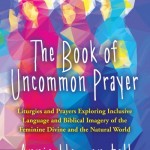