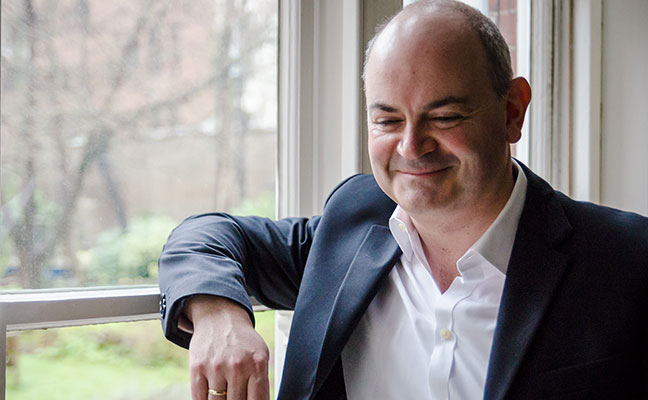 ‘The Devil is the Drivel: reclaiming the mystery of faith’

Mark Oakley is Chancellor of St Paul’s Cathedral and responsible for the educational and outreach work of the Cathedral. He writes and broadcasts on the areas of poetry, literature, spirituality and human rights. He is a trustee of the Civil Liberties Trust, an Ambassador for Stop Hate UK, Patron of Tell MAMA and a Visiting Lecturer at Kings College, London.

Donald Barnes, who gave nearly 60 years of service across north-west London, was a vibrant and much-loved priest. But he was also someone who, in his sweeping interests and commitments, was prophetic in espousing the progressive movements – above all the movement for the ordination of women – MOW – which have revitalised Anglicanism even as they have challenged it. Barnes was ahead of that curve at a time when it was still a very brave stance to take.

Barnes’s religious reading was voracious. Old and New Testaments in Hebrew and Greek were supplemented by the works of the anti-Nazi pastor Dietrich Bonhoeffer, Latin American liberation theology and the writing of the liberal Catholic theologian Hans Kung, who so upset Pope John Paul II. Barnes turned his enquiry into actions, as an early member of the Anglican-Orthodox Fellowship of St Alban and St Sergius, the Modern Church Union, and later the Anglican- Lutheran Society; and as the Sixties counter-cultures fed through into the C of E in the 1970s, he gave support to the Movement for the Ordination of Women and to lesbian and gay Christian groups.

Some clergy secure their reputation through their intellectual studies, some by their love of people and some by skilfully working through institutions to change them. Donald Barnes excelled in all three areas, with learning that was lightly worn but bedrocked in his faith.

Taken from an obituary by Gordon Marsden MP